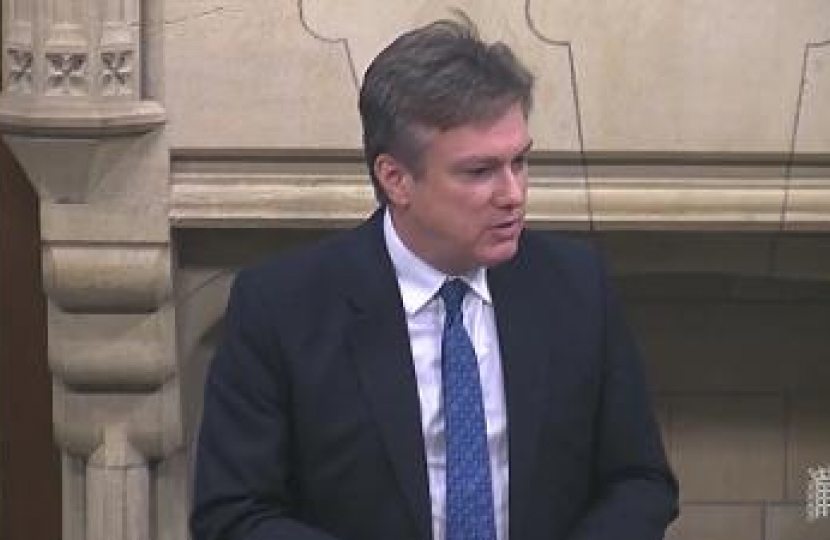 Henry Smith MP has spoken out in Parliament in support of the aviation sector which has been so severely affected by the COVID-19 pandemic.

The Crawley MP, who is also founder and Chair of the Future of Aviation All-Party Parliamentary Group, took part in a debate in Westminster Hall (on Wednesday, 18th November) on the future of the aviation industry.

Among the issues highlighted by Henry to the Aviation Minister, Robert Courts, were the need to move on from quarantine and the introduction of a COVID-19 testing regime, and the salience of reducing or scrapping Air Passenger Duty which adds to the cost of flying for businesses and families.

Commenting after the debate, Henry said;

“This debate has been an important opportunity for MPs on all sides of the House of Commons to show the strength in Parliament of calls on Government to support this sector.

“Locally the focus of my representations is Gatwick Airport and the jobs and prosperity which our airport provides both directly and throughout the supply chain.

“Britain’s competitors are using testing to get the aviation sector going again and this country needs to do likewise to ensure public confidence and increase passenger numbers. I call on the Prime Minister’s Global Travel Taskforce to support this approach.”

During the debate; on the Crawley and Gatwick aviation sector, Henry said;

“Business at Gatwick Airport has reduced by more than 61% since the start of the pandemic. In August—its peak time—when it would normally have more than 5 million throughput passengers, it had fewer than 1 million. Some 40% of jobs have been lost, as they have been at some of the airlines that operate from the airport, such as Virgin Atlantic, which is headquartered in my constituency, and easyJet, whose largest centre of operations is there too.”

On quarantine and testing, Henry said;

“We need to move from quarantine, which was a natural response in the early days, to a testing regime. Our competitors, such as Germany and France and, further afield, the United Arab Emirates and Singapore, are testing, which is putting the UK aviation industry and business more widely at a competitive disadvantage.

“Last week in the House of Commons, I asked for the Global Travel Taskforce, which the Prime Minister rightly established, to report as soon as possible. I hope that testing will be part of that. Anything that requires a quarantine of more than three days effectively means that travel does not happen in any meaningful sense.”

“We charge the highest air passenger duty anywhere in the developed world—twice as much as some of our competitors such as Germany. Many of our competitors do not charge any at all. We need that to be reduced or, indeed, scrapped for at least the year to come, and, I would argue, for longer still.”

“I echo what the Prime Minister and my right hon. Friend the Member for Epsom and Ewell have said about building back better and greener. I welcome the UK aviation industry’s commitment before the COVID-19 pandemic to reach net-zero carbon by 2050, and the Jet Zero Council. If we invest in technologies such as hydrogen, we can build back better, greener and more sustainably, which is good for our economy and contributes to the global environmental effort.”

Please click here for the full text and video of Henry’s speech.