Bob Lanzer studied Chemistry at the University of Leicester where he developed his interest in politics and was a member of the Union Council.  Since then Bob has predominantly worked in information technology and has considerable experience in project management.  He is a member of the Royal Society of Chemistry, the British Computer Society and a Chartered Engineer.

Bob has lived in Crawley since 1985 and was first elected to West Sussex County Council in 2010, and has held a number of roles including Cabinet Adviser for Rail, Chairman of the Treasury Management Panel and Deputy Cabinet Member for Finance.  He was appointed as the Cabinet Member for Corporate Relations in November 2013 followed by a move to the Highways and Transport/Infrastructure role in October 2016.  From August 2018, Bob has returned to the Corporate Relations remit which was renamed as Economy and Corporate Resources in October 2019 to include corporate transformation and communications.  He chairs the Arun Valley Line Group of the Southeast Communities Rail Partnership and is Vice-Chairman of that body.

Bob has also been a member of Crawley Borough Council for many years since first being elected in 1988, and is the longest-serving Conservative councillor.  He has been either Leader or Deputy Leader of the Opposition for 14 years.  Over this period to 2006, Bob served on most council committees, chaired a number of scrutiny reviews and represented the interests of his constituents, all while maintaining continuous full-time employments in the private sector.  Bob became the first-ever Conservative Leader of the Council in 2006 and held this position until 2013.

Bob’s interests include chess, where he holds a County Master title, fell walking, travel and photography. 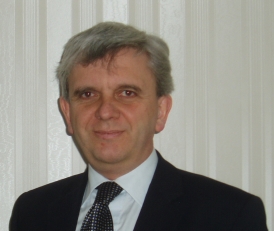