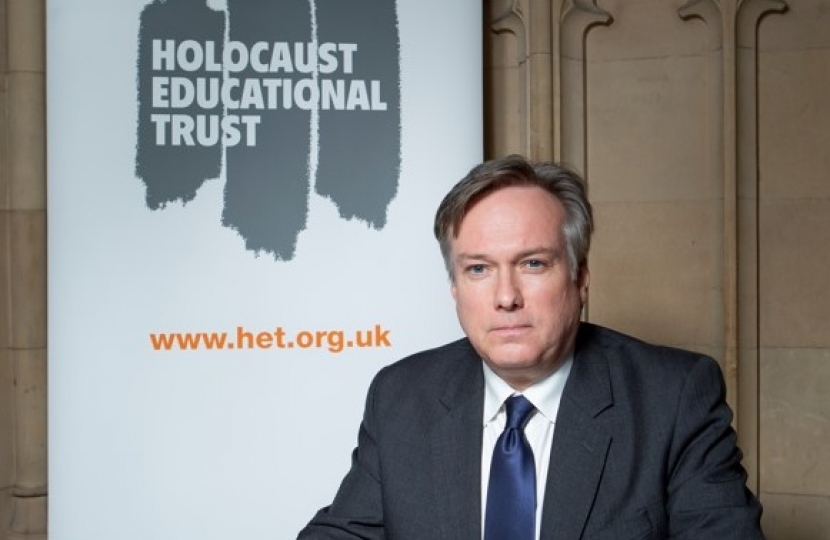 This year we are marking 77 years since the liberation of the concentration camps of Europe and the end of the Second World War. On 27th January, the anniversary of the liberation of Auschwitz-Birkenau, people across the globe will remember.

In the lead up to and on Holocaust Memorial Day, thousands of commemorative events will be arranged by schools, faith groups and community organisations across the country, remembering all the victims of the Holocaust and subsequent genocides. The theme for this year’s commemorations is ‘One Day’.

After signing the Book of Commitment, Henry said;

“Holocaust Memorial Day is an important opportunity for people from Crawley to reflect on the darkest times of European history. As the Holocaust moves from living history, to history, it becomes ever more important that we take the time to remember the six million Jewish victims and also pay tribute to the survivors.”

“As the Holocaust fades from living memory, it falls on all of us to ensure that their stories and the stories of the six million Jewish men, women and children brutally murdered by the Nazis and their collaborators, are never forgotten. We all have a duty to remember the Holocaust and to stand up against antisemitism and hate, now more than ever.”

· Newly released figures show that 257 police officers have been recruited in Sussex as part of the Government’s pledge to put 20,000 more officers on the streets by March 2023.

· Since the recruitment drive was launched in 2019, the 43 police forces across England and Wales have seen an additional 13,576 police officers recruited, putting the Government on track to deliver on its manifesto promise.