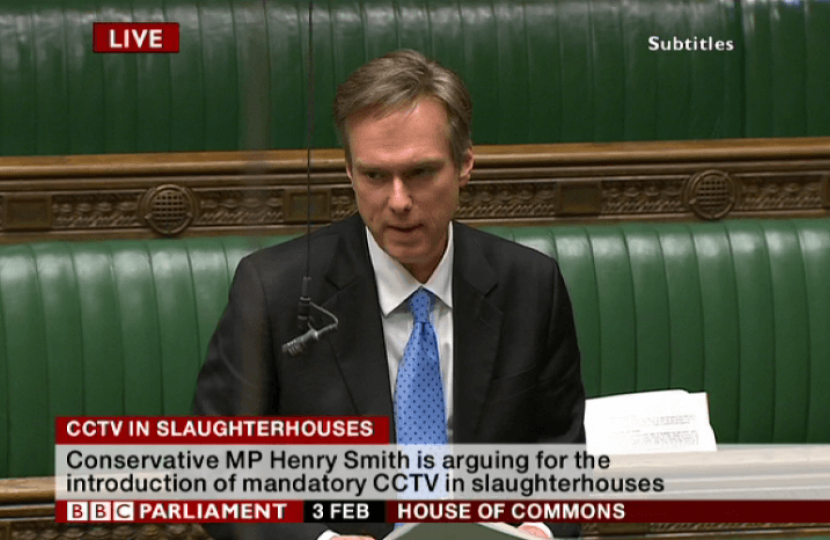 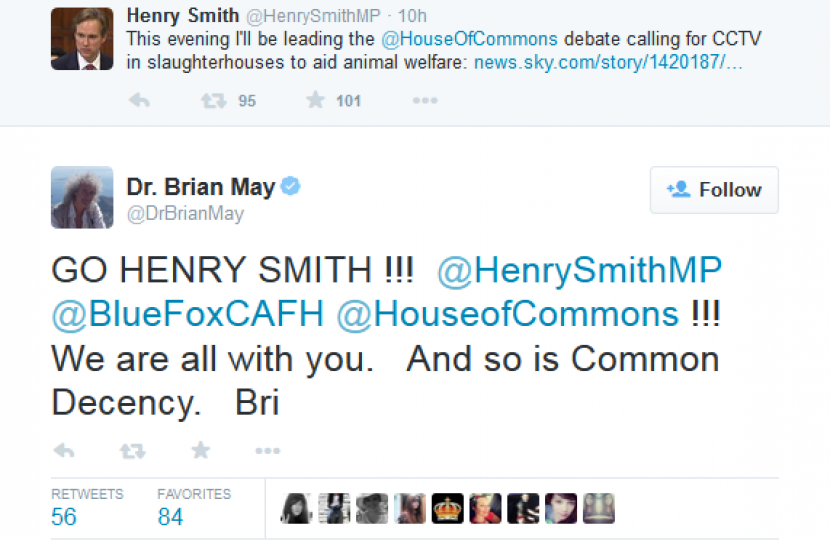 “It is encouraging to see that my call for improved welfare for animals through the requirement of CCTV in abattoirs has received support from people in Crawley and around the country.

“I have been working with Animal Aid throughout my time as Crawley’s Member of Parliament, and have been liaising closely with them.

“The findings of Animal Aid’s latest investigation are concerning. Since 2009, they have secretly filmed in ten slaughterhouses, finding serious animal abuse breaches in nine of them.

“I will continue to work with Animal Aid to ensure we can secure improved treatment for animals.”

Henry’s debate also attracted the support of Queen guitarist Dr Brian May, who wrote on Twitter;

“GO HENRY SMITH!!!  @HenrySmithMP @BlueFoxCAFH @HouseofCommons!!! We are all with you. And so is Common Decency. Bri”

“Henry Smith’s timely debate on the merits of mandatory CCTV in slaughterhouses elicited a positive response from the Minister who says he is now considering cameras for abattoirs.

“Given that nine out of ten slaughterhouses filmed by Animal Aid were breaking animal welfare laws, it is essential that significant advances are made.

“We welcome the statement by the Minister, and give grateful thanks to Mr Smith for his genuine commitment to animal welfare.”