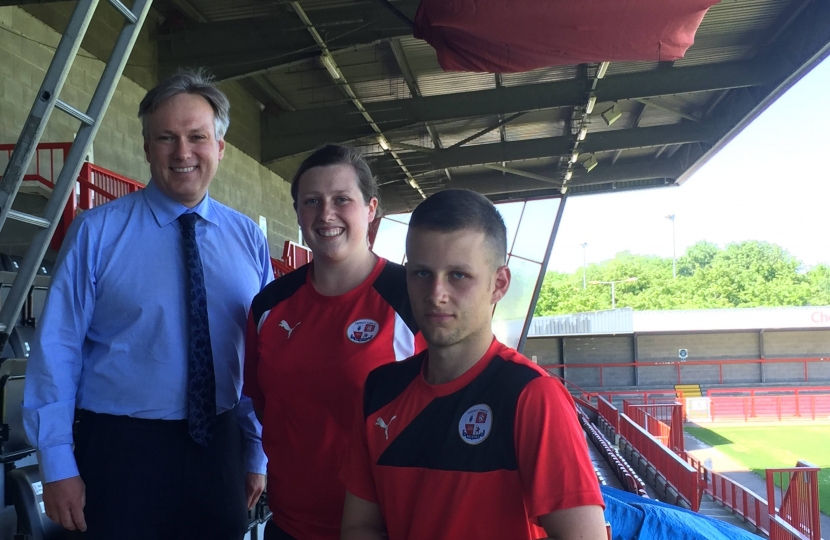 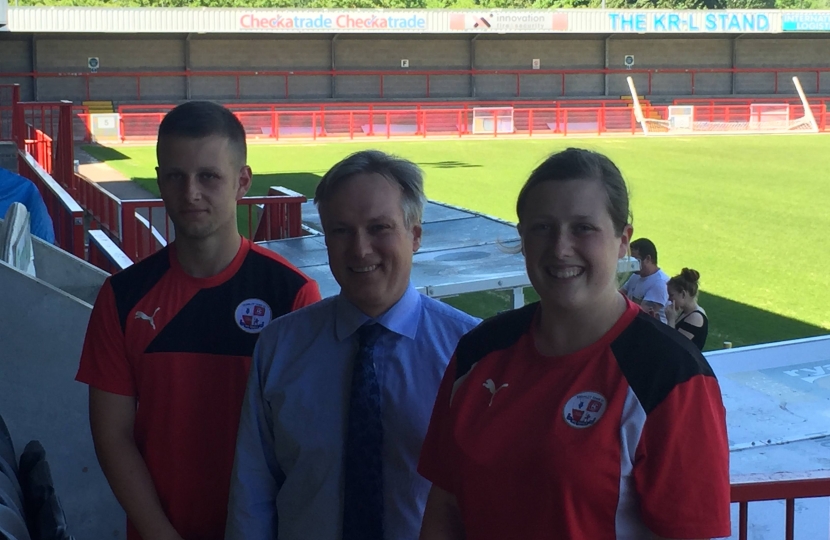 Henry Smith, Conservative Parliamentary Candidate for Crawley, has congratulated local participants of the Premier League Primary Stars programme at an event at the Checkatrade.com Stadium in Broadfield.

The scheme provides free curriculum-linked teaching resources for children aged 5-11, and harnesses the appeal of the Premier League and professional clubs in the Football League to inspire children to learn, be active and develop important life skills.

“It was my pleasure to see Premier League Primary Stars in action at the Checkatrade.com Stadium.

“I was lucky enough to join the pupils on a tour of the home of Crawley Town FC and present Fair Play certificates to some of the young people taking part. It was clear how football’s helped them engage on a range of subjects including PSHE and physical activity.

“The initiative also helps young people develop their maths and English skills. Once again the Crawley Town Community Foundation are serving our area by helping young people improve their confidence, enhance their academic capability, and develop their resilience and self-esteem.

“If I’m re-elected to serve as our town’s MP at the general election on 8th June I look forward to continuing to work with the Community Foundation as they expand even further the range of activities they provide across a whole host of different programmes, including Crawley Old Girls, National Citizen Service and sport in schools.”

This programme aims to connect with 10,000 primary schools by 2019. Local schools taking part in the scheme include St Margaret’s Primary. The national programme will expand in-school support for teachers already provided for by 88 Premier League and Football League clubs in England and Wales.

England and Chelsea defender Gary Cahill and Manchester United manager Jose Mourinho are among footballing figures who have given their support for the initiative.

Premier League Primary Stars provides free curriculum-linked Key Stage 1 and 2 classroom resources for subjects including PE, maths and English. A range of sporting examples are used to promote equality and diversity, encourage life skills such as teamwork and deliver key messaging such as anti-bullying.