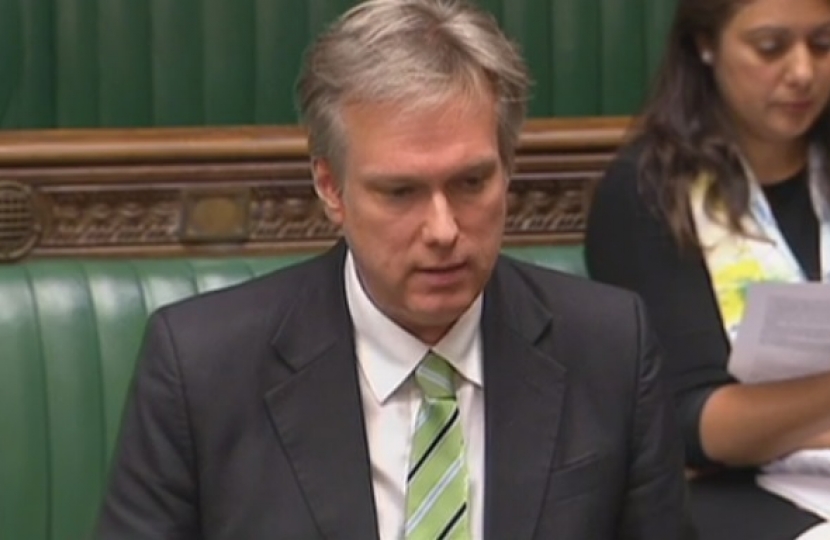 The debate on the Chris Gibb Report regarding Improvements to Southern Railway took place following the publication on 22nd June of the Gibb Report which highlighted the role of trades union leadership in prolonging the industrial dispute.

“There were four key areas I raised in the Commons. Firstly, the Government must learn lessons over how it structures train franchises. Secondly, the network is the busiest in the country and is at capacity or even over capacity far too often.

“Thirdly, Southern’s performance has not been up to an acceptable standard, as I think all regular commuters would agree. Fourthly, we continue to see trades union leadership looking to prolong the dispute for political purposes rather than getting to an agreement.

“This is most recently shown from the ASLEF union’s decision that from last Thursday, its members will be refusing to work overtime – this comes after turning down a 23.8 per cent pay rise offer over four years, which would have taken a Southern train driver’s basic pay to £60,683 for a four day, 35 hour week.

“The unions should get back to work fully and support commuters in Crawley and around the south east. The Government need to continue investment in our rail network, and the operator Govia Thameslink Railway, who run the Southern network, need to have a greater focus on their passengers when it comes to how they operate.”

Speaking in the House of Commons, on how the industrial dispute is affecting Crawley commuters, Henry said;

“It is difficult, without risking being accused of hyperbole, to describe the sheer misery that passengers and commuters in my constituency and across the south have suffered in recent years because of the significant disruption to Southern Railway services. Many hon. and right hon. Members have described people losing their jobs and facing disciplinary hearings at their place of employment because they are consistently late for work.

“At the other end of the day, I have come across many accounts of my constituents being unacceptably prevented from getting home to do the simple but very important things, such as reading their children a bedtime story or sitting around the table to have an evening meal together. Lives and livelihoods are literally being wrecked by the disruption.”

On the role of trades unions, Henry said;

“I call on the unions to stop their industrial action. A very generous offer is on the table, with over £60,000 for a 35-hour week for drivers. As we have heard, driver-operated doors have had a proven track record for over three decades on the London underground and many other rail systems around the world.

“As we have also heard, most of the guards on trains will simply be redeployed to more customer-focused efforts, which is very important, particularly in enabling them to help disabled passengers on the network. That means that rather than just standing by the doors that they are opening and closing, they can engage with and support customers better, which is very important.”