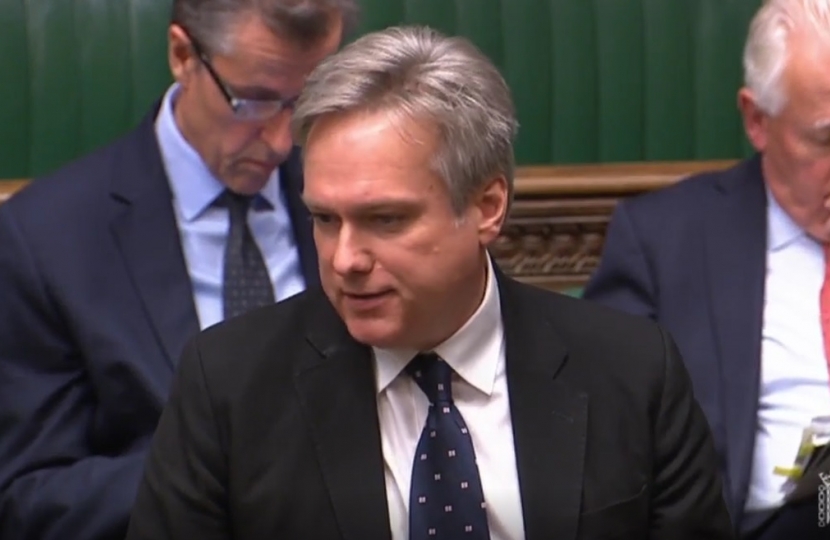 Crawley MP Henry Smith has expressed his condolences and solidarity with the victims of the Sri Lanka terrorist attack on Easter Sunday, and has questioned the Ministry of Justice in the House of Commons (on Tuesday, 23rd April) over the support provided for victims of such incidents.

“We were all shocked by these attacks targeting Christians at church on Easter Sunday and people staying in hotels in Sri Lanka’s capital, Colombo.

“Unfortunately incidents such as this highlight the need to ensure victims of terrorist atrocities receive the necessary support from the Government, whether they take place in this country or abroad.”

More than 350 people were killed in the explosions on Easter Sunday (21st April), with British nationals among the at least 38 foreigners who died.

Henry Smith, Member of Parliament for Crawley, asked the Secretary of State for Justice;

“When the Government plan to undertake a consultation on proposals for a victims’ law.”

The Parliamentary Under Secretary of State for Justice, Edward Argar MP, responded;

“Mr Speaker, I will endeavour to croak my way through my response.

“We published the first ever pan-Government victims’ strategy in September 2018 containing 88 commitments, of which we have already implemented 24, to better support victims of crime. Among those is a commitment to consult this year on the revised victims code and details of victim-focused legislation, reaffirming our manifesto commitment to such a law.”

“I am sure that the whole House will join me in sending condolences and expressing shock at the terrorist attack in Sri Lanka on Easter Sunday. Sadly, it highlights the issue of the effect on victims of terror incidents, whether in this country or abroad. When will the Government come forward with a law to ensure that victims are properly supported, because all too many reports from victims in previous incidents suggest that that has not been the case?”

The Parliamentary Under Secretary of State for Justice responded;

“I join my hon. Friend in his expression of condolence and sympathy to all those who were affected by the horrific events in Sri Lanka over the weekend. It is vital that we get any new legislation right—hence our commitment to consult. We will first revise and strengthen the victims code and then identify any legislative gaps arising from that. We will consult on a victims law this year and bring forward legislation subsequently when parliamentary time allows.”