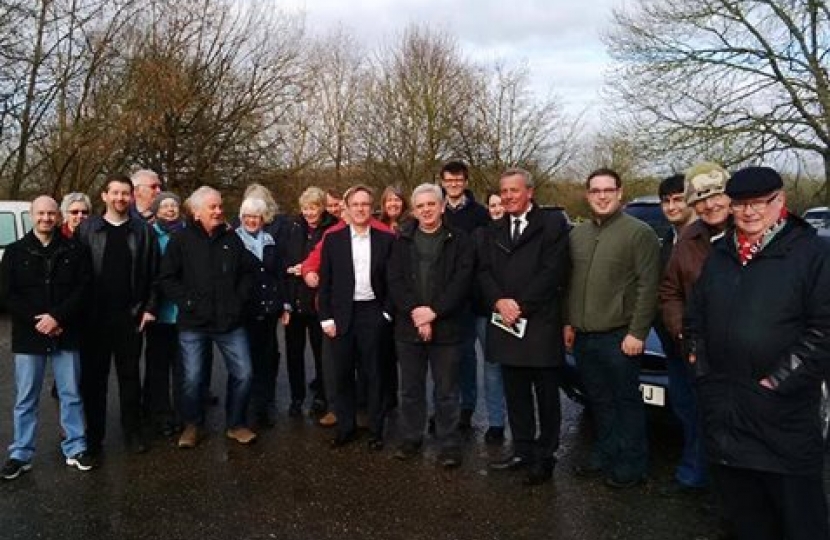 It has been a busy few months following my election as Chairman of the CCA back in February. Thank you to everyone for support I have received.

We are all thrilled that Henry was returned to Parliament as Crawley's MP and also thrilled that thanks to everyone's hard work, we re-took Southgate, held our other seats, nearly took Bewbush and ended up one seat short of Labour. One more seat we would have re-taken the Council.

It is really important that we build on this hard work and keep up the momentum whilst retaining the camaraderie that was built up.
With this is mind Post-election In Touches have been printed for most wards in the town. Please help to deliver. We can only succeed if more people get involved.

Also we must keep the membership growing so we are looking to increase the number of social and fundraising events we hold this year.  For this we need to grow the local branches and for them to become more active.We need money so fundraising is a priority.

Fundraising:
We want to hold a monthly Dining Club starting on Thursday 25th June. Meet at the Taj Mahal at 7:00pm. £20 for a 2x course  meal. Drinks extra. This will be a monthly event meeting on the last Thursday in the month so for the following month, someone can organise the next event probably at a different restaurant on the High Street. Maybe even a different nationality i.e Chinese or Portuguese.

In the pipe line at the moment:

The two events are being organised by the Women's group who also meet once a month for coffee. So come on CCA - let's join in and help.

Brenda will be chasing the Branches with ideas from which the Branch can choose. This includes CF too.

Finally
I would like to close this first News Letter by saying a huge thank you to our previous Chairman Sue Bloom who worked so hard under difficult circumstances.
Thank you.

And again thank you to everyone for your help and support.