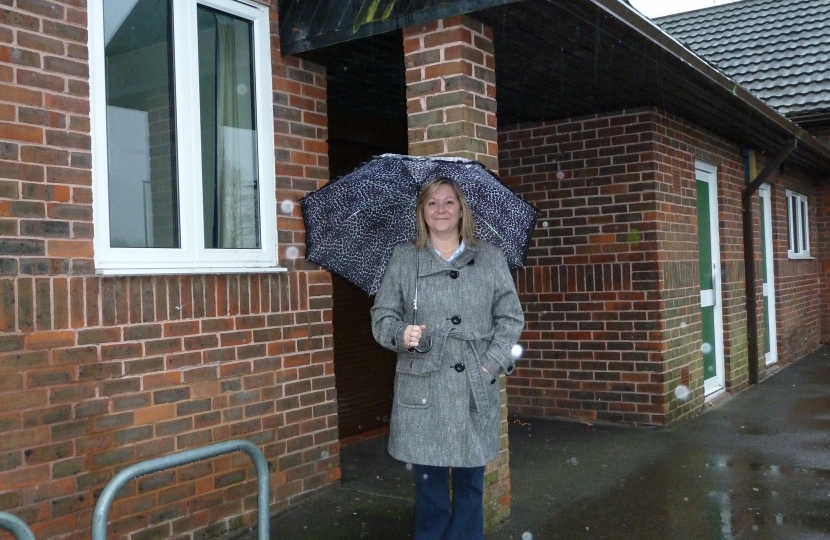 Almost two years of work by Ifield Councillor Ali Burke and Crawley Borough Council officers, has resulted in a successful bid of £750,000 to the Budget Advisory Group for funds to be invested in Ifield West – which Cabinet on 8th February is asked to approve as recommendation to the budget-making Full Council on 29th February.

Cllr Ali Burke has been lobbying for funds to enhance the facilities for the residents of Ifield West by applying for investment for a “Life Centre” which is planned to include permanent youth facilities, dedicated medical consultation rooms and a community cafe.  The intention is to extend the existing community centre so that additional services can be provided, alongside the current community groups that already utilise the centre.

After many meetings with the residents of Hyde Drive, Cllr Burke listened to the hopes and aspirations of the residents to seek further investment after the success of the Playbuilder park in Dobbins Place.

Councillor Burke stated, “Ifield West has been neglected in terms of investment over the last 30 years.  Since becoming a Councillor I have been speaking with residents to see what facilities they would like to see for the area and how facilities could be improved.  The response of the residents has been very positive.

One of the requests was for the area around the small pond at Dobbins Place to be cut back and opened up to reduce the enclosed spaces that encourage drinking and fly tipping, and making the area safer for residents.  This was completed and the area looks much better now, although the pond itself still needs further work.

Other ideas for the area were medical facilities of some kind and a community cafe with seating area so that parents can watch their children on the new play facilities and have somewhere to meet and socialise.

There was a significant request for facilities for teenagers such as a designated Youth Club and Skate Park.  This is quite a list – but I am very excited and pleased that the £750,000 looks set to be awarded to this project to provide these much-needed facilities.  As a Councillor my job is to listen to residents and help wherever I can.”

Once the Budget recommendations are approved in February 2012 by the Full Council, the process will then begin to look for partners for the new community centre so that we can maximise the offering to the